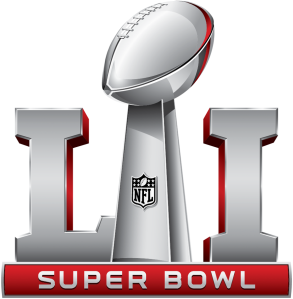 It is that time of the year again when we all gather around the TV to watch the Super Bowl. I can still remember the Jello footballs we used to have every year when the kids were younger. This year it is difficult to decide who to cheer for. On one side, you have the “evil empire”, the Patriots. They have been so successful in recent years that everyone now hates them. It doesn’t help that they are consistently implicated in scandals. Of course, a few of them also are in the limelight for being Trump supporters. On the other hand you have the Falcons. Matty “Ice” always had tremendous potential but could never put it all together. This year he did that, and won the MVP trophy. The thing about the Falcons are that they are just boring. I mean, I don’t even think I know a Falcons fan. I am sure there may be many of them tonight, just due to the backlash against the Patriots. At least next year we can all cheer for the Browns in the big game. Here is my prediction for tonight, Lady Gaga for the win!

My Ironman training continues as planned. This past weekend I went to Toronto once again for a swim camp. With my partners on the IronStride team we spent 3 hours in the pool. After 7 kilometres of swimming, I made the long drive back home. This morning it was tough to get out of bed, lol. I have also been spending some time with the staff at Progress Physiotherapy. They have been helping me with my knee pain. I have had a couple of treatments of “Shock Wave”. It is like a mini jackhammer that they push it into the crevices in your knee. While you are gritting your teeth in pain, they tell you how the pain is worth it as it is working. Well, I have to admit it is feeling better.

This past week I travelled 125 kilometres during my training.

← Sometimes it’s all just about hanging on.
Snow, Vacations, Poker, and Training →